Funding has been announced for Flintshire’s first friendship and dating agency for adults with learning disabilities or autism, which is set to launch in this year!

The new Luv2meetU dating agency service, which is run by national learning disabilities charity Hft, will be focused on supporting people with learning disabilities and their families to develop and sustain relationships, improve their health and wellbeing, and extend their social networks.

Funding for the project comes from the Welsh Assembly’s Foundational Economy Challenge Fund, which has provided approximately £52,000 for the charity to launch a friendship and dating service in Flintshire.

Aiming to address the increased risk of loneliness and isolation for people with learning disabilities, Luv2meetU chose rural Flintshire as the location for its next service, where people can find it difficult to get out and about independently and build new relationships. Luv2meetU Flintshire will be based at Hft’s new day opportunities centre, Hwb Cyfle, which provides local people with learning disabilities with a specialist environment, where they can access opportunities such as supported employment in their local community.

The service plans on running around eight events a month when the membership is up and running, including museum visits, meals out, gigs, sports classes, theatre and cinema trips, and any other activities that members express an interest in. They will also be running 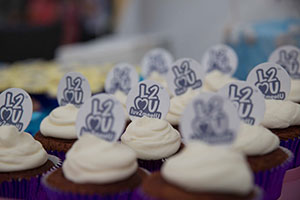 Following the launch of a service in Bristol in September this year, Luv2meetU Flintshire will be the dating agency’s tenth branch, extending from existing operations in the north of England. It is hoped that 60 to 80 adults with learning disabilities or autism in Wales will benefit from the service, which will be open to people from Flintshire and the surrounding areas.

Karen England, Project Development Manager at Luv2meetU, said: “Programmes like Luv2meetU are essential to the wellbeing of people with learning disabilities or autism. That’s why we’re delighted to be able to extend Luv2meetU into Wales, which doesn’t have any other friendship and dating agencies of this kind.

“We all have a right to make friends, go dating and maybe even find love, and people with learning disabilities are no exception. We’re looking forward to welcoming lots of new members from Wales, and offering them a new way to socialise, have fun and be themselves.”

Luv2meetU was originally set up as a pilot in the Leeds and Wakefield area in 2007, supporting 40 people to get out and about, socialise and build friendships. The team now supports around 250 to 300 people with services in areas including Bradford, Kirklees, Bristol, Sheffield, Newcastle, Cheshire and Leeds, and has enabled dozens more to make friends and forge relationships.