Physicist Ron Liebermann formed Signtel, Inc. in 2000 with the mission to use technology to improve the lives of the hearing and sight challenged people. He hired over 100 such individuals to work as assistant developers, providing their own life experience as input into the products developed. Here, he explains how his product the Electronic Cane (eCane) will become the eyes and ears of people who are blind or deafblind…

The eCane is a contraption mounted and attached to a cane used by blind individuals who are either only blind, or both blind and deaf (deafblind).

Its uses are broadly twofold:

Firstly, it provides secure navigation. The eCane guides its holder to a desired location by giving directive instructions towards such location. 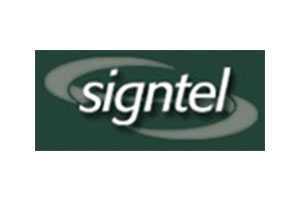 • The user can access a mobile phone using either voice and/or Morse Code via a button on the eCane.The user receives input by voice, or Morse Code through vibrations of the eCane.

• The user can find out on demand the locations and proximity of their family members (or designated friends), as the eCane operates with cooperating technologies, such as (RFID), GPS, or Google’s indoor navigation. This is made possible thanks to a contraption such as a wristband, belt or cloth worn by the friend or family member.

• The eCane can navigate to desired locations when the user provides a request by voice or by clicking Morse Code on a button and receiving continuous directions for movements, either by voice or via the eCane vibrating in Morse Code.
This makes it easy for the user to find their home, a hotel, office, business facility or store etc. As an example, if a blind individual requests the eCane to be led to a bathroom while in a hotel lobby or supermarket, the eCane will direct that person to the bathroom that is for the correct gender of the blind individual.

• Navigation also works within the user’s home around various rooms, features and furniture. Outdoors the eCane guides across roads, up and down pavements, advised by the eCane what store is encountered and what is displayed in the window. Once inside a store, navigation is given, allowing the user to pick up desired articles from the shelf.

• The eCane holder is advised about the environment around him or her, such as "a woman walking a small dog is coming towards you and a child who is riding his scooter just past next to you". This is enabled by a video camera being attached to the eCane system and artificial intelligence analyzing the images.

• Communicating with deaf individuals, utilizing Sign Language, wherein Sign Language of the deaf is captured by the camera which is then translated to the eCane holder in audio and/or Morse Code vibrations. 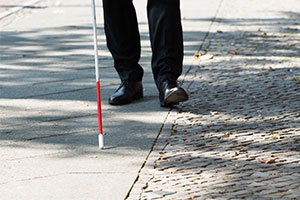 • Secure walking, whereas the eCane detects objects either on the ground or elevated, and warns the eCane holder of their proximity, height, being stationary or moving, as well as giving a description of their nature.

• The eCane notifying its holder when the "battery" (mostly a Supercapacitor) needs a recharge, which is mostly done automatically by just being in proximity to the charging facility.

• Ability of the eCane holder to find the eCane that was either, dropped, forgotten or placed in any location by pressing a knob on the wristband unit carried by the eCane user.

• The wristband mentioned above can also provide various alerts to its deafblind holder, such as a phone call coming in, somebody talking, someone in your vicinity is communicating with you or an alarm clock to wake up the user.

For more information about Signtel, see signtelinc.com. Signtel will be exhibiting at Naidex at the NEC on 17 & 18 March 2020, at stand N345.