A 67-year-old senior support worker, Denise Mumford, has been supporting adults with learning disabilities to live the best life possible at national charity Hft for the last 30 years.

After beginning her career in social care at a care home for the elderly, Denise was looking for a change of direction when she spotted a vacancy at a nearby Hft service in the early nineties.

Starting out working in laundry, Denise quickly progressed and in 1997 played a key role in moving residents at the service from a residential setting into their own homes within the Moreton in Marsh community. Citing the project as the most rewarding period of her three decades at the charity, Denise worked as part of a staff team who provided support throughout the transition – from getting people familiar with local amenities such as GP surgeries and supermarkets, to gradually introducing them to their new homes. Following the move, Denise watched people supported in the area thrive, and has remained at the charity’s services ever since.

Other highlights for the dedicated support worker include witnessing two people she supports get engaged and married, and supporting someone to get their first job in a local deli, where she’s now worked for over twenty years. Denise also played a key role in raising awareness of the funding pressures facing adult social care by supporting a man to take part in the charity’s It Doesn’t Add Up campaign. This saw him join members of the charity’s speak-out group to present a petition calling for an increase in funding for adult social care to the government, followed by a parliamentary reception where people were able to share concerns about the funding deficit.

During the pandemic, support workers like Denise have been more important than ever to the adults with learning disabilities who rely on their support.  They include a lady in Moreton in Marsh whose mental health was suffering as a result of not being able to take part in her weekly activity of answering the phone at the day opportunities service where she is supported. Denise noticed her behaviour changing as a result, and arranged for her to continue answering the phone at the service at a safe distance from others. The lady now enjoys a regular change of scenery, and a chance to get some daily exercise by walking to the service, which has helped her to regain her confidence. 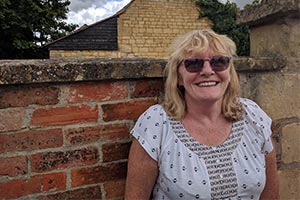 Denise said: “I love my job and I have met some wonderful characters along the way! The best thing about being a support worker is making a difference to people’s lives, and getting them recognised for who they are, and not just their disability. It’s been amazing to see people living within their community in Moreton, where everyone has been so welcoming. Support work is so much more rewarding than people think and is more important than ever at this time, when people with learning disabilities need care and reassurance more than ever. I’d recommend it to anyone.”

Clive Parry, Regional Manager at Hft, said: “Working tirelessly over three decades to support adults with learning disabilities to live the best life possible, Denise has seen a great many changes during her time at Hft. However, one thing that has remained constant throughout has been her passion for helping people to have greater choice and control of their own lives.

“Denise has often advocated for people whose voices would not otherwise be heard and provided support and the benefit of her wealth of experience to Hft colleagues within her service but also the wider region. In a fast-changing world, Hft and adults with learning disabilities depend on people like Denise and I can’t thank her enough for her unwavering enthusiasm and commitment over 30 years’ dedicated service.”

To find out more about vacancies at Hft, visit hft.org.uk/jobs 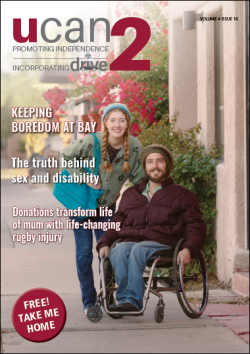 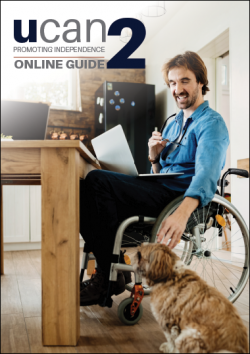 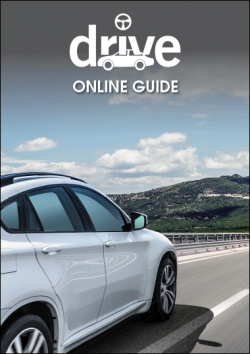 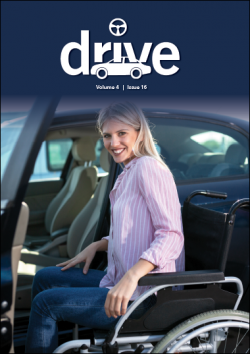