We caught up with author of a new book, Into the Frame, to chat about his love for wheelchair fencing. Jonathan David Collins spoke to our editor and is keen to promote the sport as it helps boost physical and mental health and wellbeing – yet few people know it even exists. 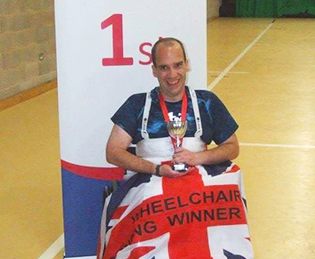 Jonathan said: “I was born with Spina Bifida and Hydrocephalus and I have been in a wheelchair since I was 18 months old.

“I used to do a bit of swimming but due to an operation I had, it was advised I gave it up.

“A friend of mine who was a wheelchair fencer fenced at a club near me, so I went to the club and became hooked on it when I started to learn.”

The book gives an insight into the sport of wheelchair fencing, and charts Jonathan’s experiences as he takes up the sport – giving advice from etiquette to what to wear, and hearing from those who have competed at a national and even a global level including Piers Gilliver (Paralympic silver medallist) and Dimitri Coutya (double World Champion in 2017).

In the book Alan Sheriff, who is the British Disability Fencing board member for development, says: “It’s a sad fact that few people have heard of wheelchair fencing; despite it enjoying the most successful period in its history in Great Britain over the last few years.

“How – when we have a double World Champion, Paralympic silver medallist, dozens of World Cup medals and two No.1-ranked fencers in the world – does no-one know of ‘our’ sport?”

So what would Jonathan say to anyone thinking of taking up the sport? “I would say come and join in and have a go – it is good for your mental state and for your physical health,” he says.

Jonathan credits wheelchair fencing with changing his life, and says it is a suitable sport for most disabilities.

As for the future, Jonathan says he is looking forward to entering more fencing competitions, as well as promoting his book 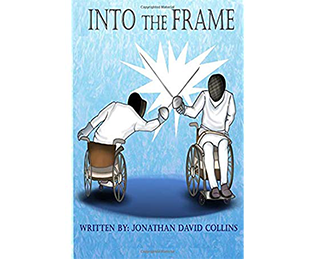 Photo caption: Jonathan after winning in Mixed Sabre, Novice Challenge at the BDF National Championships. Jonathan also won joint bronze in the Mixed Foil at the same event in June of 2018.